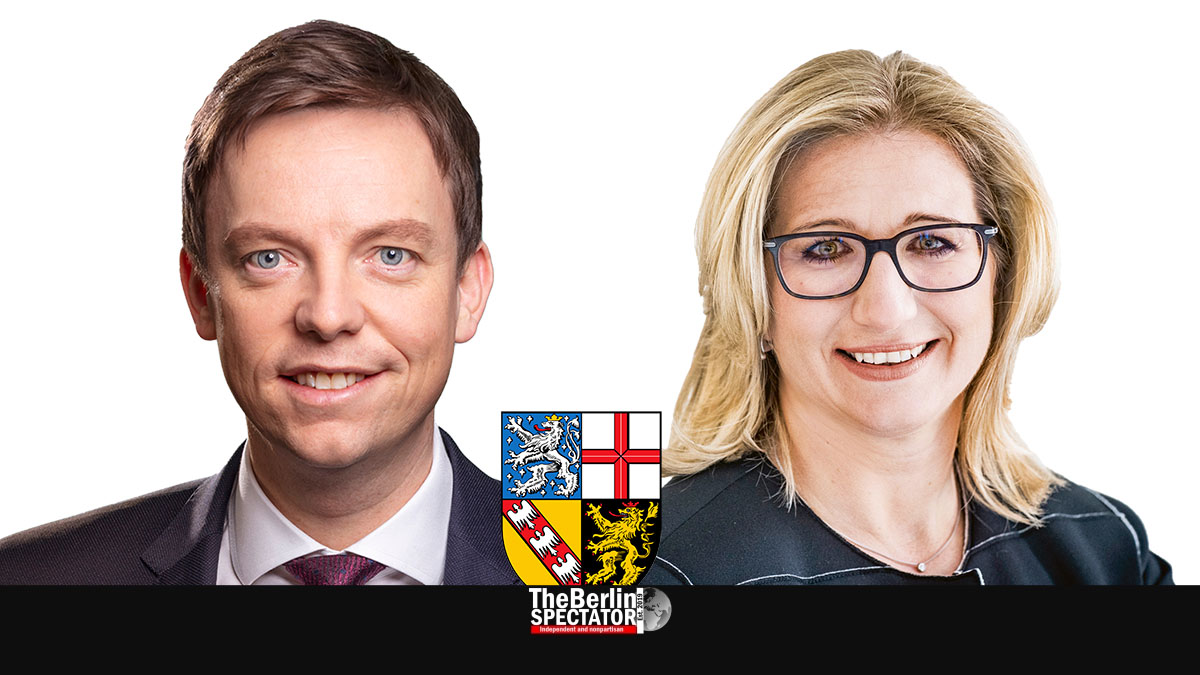 In a month from now, state elections are scheduled to take place in Saarland. According to the polls, the conservatives are drowning. Their junior partner looks a lot better right now.

Berlin, February 24th, 2022 (The Berlin Spectator) — Germany has two federal states with less than 1 million inhabitants. Bremen has about 660,000, and Saarland 990,000. Only some 178,000 people live in the latter state’s tiny capital Saarbrücken. Saarland is about half the size of Delaware, and even smaller than Rhode Island. The state has a lot of beautiful forests and it shares borders with both France and Luxembourg. The weather is usually nice down there. So is the food.

Everything is nice in Saarland, except for the ruling conservatives’ numbers in the polls. If the elections took place right now, the balance of power in Saarbrücken would basically be reversed. Governor Tobias Hans is part of the Christian-Democratic Union. Last time, in 2017, he got 40.7 percent, while the center-left Social Democrats (SPD) ended up with 29.6 percent.

This state used to be an SPD stronghold, until 1999, when the center-right CDU took over. Now, the state might be going ‘back to the future’, in the sense that the ‘good old times’, from the perspective of the SPD, might be back, meaning they will probably not be the CDU’s junior partner anymore, but sit at the big table and possibly head the government again. The latest polls give them 38 percent. Mr. Hans’ CDU is drowning. It might get the kind of result the SPD had last time.

Saarlanders have all kinds of things on their minds. Sure, Corona, the climate policy and the economy are important to them. But so is the question whether all kids should be learning French starting first grade. Because of the proximity to France, and for historical reasons, this sounds like a good idea to many voters.

Other subjects that might play a role in the upcoming elections include new speed limits in towns and villages, an extension of the opening hours at retail businesses, the construction of new bike lanes and gender equality at the state parliament. A discussion whether Saarland’s only major airport should remain open or not is going on too.

Judging from the polls, the far-left ‘Die Linke’ could be thrown out of the ‘Landtag’ because it might not make the 5-percet threshold even though some of the party’s former icons live in the state. On the other hand, the left-wing Greens and the center-right FDP will probably enter the state parliament this time, and the extremist right-wing AfD can expect about 8 percent, which is a bit more than it had in 2017. The outcome of the elections on March 27th, 2022, will be important in Berlin too. For instance, it might change things at the Bundesrat, the legislative body that represents Germany’s sixteen states.