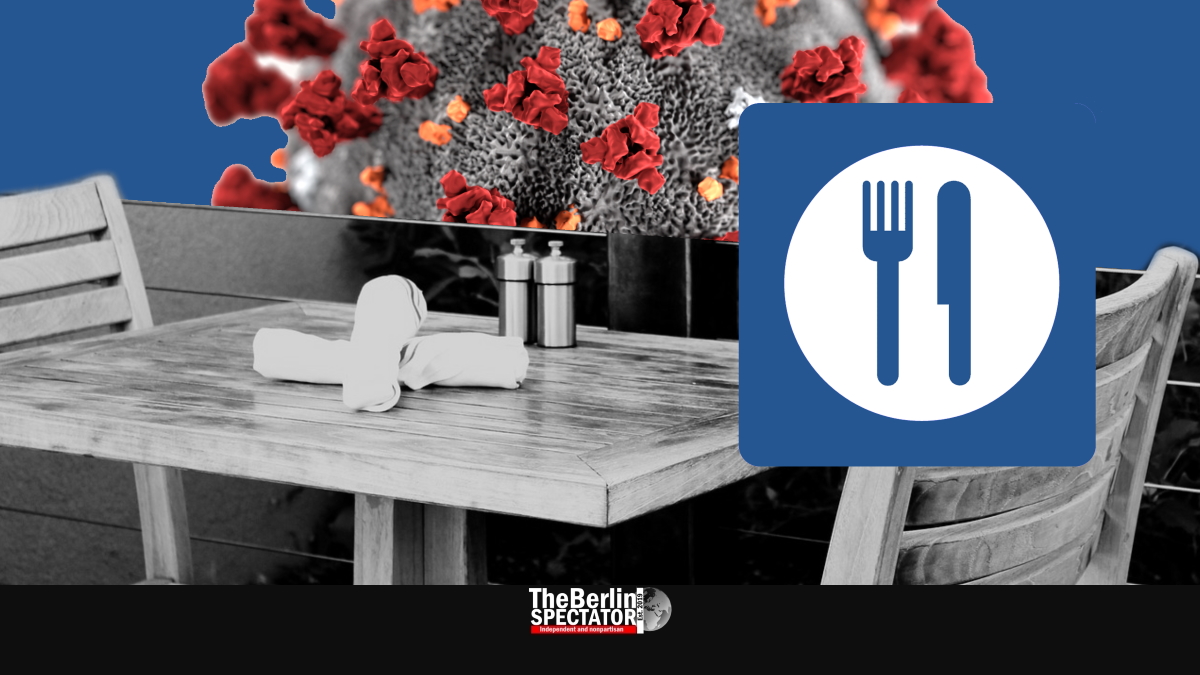 It has been 110 days since the first Coronavirus case was confirmed in Germany and 55 days since the contact rules were put in place. Life is more ‘normal’ than it was in the past weeks, but far from back to what it used to be, even though restaurants are reopening.

In Berlin, cafés and restaurants reopened on Friday, for the first time in many weeks. Not all restaurant owners chose to open their businesses right now. They say the restrictions and the lack of tourists prevented them from making any profit. Some of those who can afford it intend to wait until Berlin fills up again.

Restaurants need to make sure there is a distance of at least 1.5 meters (5 feet) between guests who do not belong to each other. Customers may enter and sit down at tables with people they live with and individuals from up to one more household. Employees must wear protective masks.

What tourists in Berlin are concerned, there were far more than a million per month in pre-Corona times. They did generate a lot of profit, especially for restaurants and hotels. These businesses are among those affected the most by the Corona pandemic and the restrictions and bans put in place.

Two months ago, on March 15th, 2020, when there were around 7,000 Coronavirus cases in Germany, a harmless number from today’s perspective, Chancellor Angela announced restrictions for restaurants. They were supposed to make sure at least 1.5 meters of distance between guests were kept, just like today, and close at 6:00 p.m..

A week later, on March 22nd, 2020, when the number of people infected with the virus in Germany already stood at 26,000, Merkel announced the ‘contact ban’ and other far-reaching Corona rules. People were basically confined to their homes. Restaurants needed to close. All they were allowed to do was to sell takeout food. This situation lasted until this week. Many jobs in the food service industry were lost, many businesses gave up.

One Month ago, on April 16th, 2020, the number of infected persons in Germany stood at 134,000. Merkel and the First Ministers from the federal states announced an incremental path towards a new normality. But the easing of restrictions they came up with was very modest. Car dealerships and bicycle stores were allowed to open.

Today’s situation is different. There are more than 175,000 Coronavirus cases in Germany, but the growth rate has decreased substantially. The contact ban has been eased to a certain extent and all shops have reopened. The reopening of many restaurants has added to a sense of normality. Being together by sitting down at restaurant tables is what people do to socialize. It is a very human activity that is now back.

While an actual reopening of most borders is still a month away, the one between Germany and Luxembourg opened on Friday. An additional 16 crossings were opened, obstacles put in place earlier, to prevent people from crossing, were removed.

All crossings along the borders to Austria, Switzerland and France are reopening these days, but – for now – only commuters, truck drivers transporting important goods and people with ‘sound reasons’ may use them. This situation is supposed to last until June 15th, 2020. The quarantine rules might be dumped earlier though.

Even though the Corona situation in Italy was far worse than in Germany or other European countries, the government in Rome is planning to reopen its borders on June 3rd. According to Italian media, this will apply to E.U. citizens and people living in Schengen countries.

While the Corona restrictions and the reopening of borders before the upcoming summer vacations seem to be the most discussed subjects in Germany right now, the Chancellery is thinking about a situation in which there will be a vaccination against the disease the Coronavirus causes.

In an interview for the media published by ‘Funke Mediengruppe’, Chancellery Minister Helge Braun said there would not be mandatory vaccinations. He stated people who did not want to get vaccinated would be responsible for the risk they were taking on their own.

Braun said Germany’s fight against the Coronavirus had been “very successful”. His expectation was that there would be a vaccination in early or mid-2021.