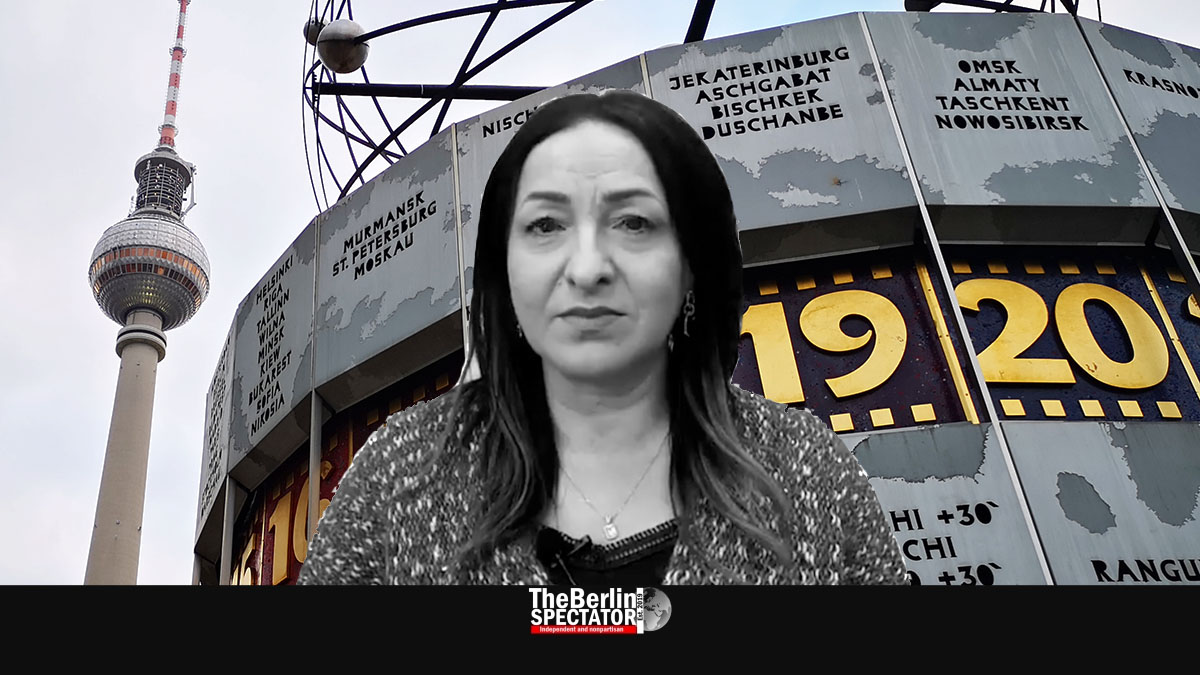 For the city state of Berlin, the Senate changed the Infection Protection Act, also known as Corona rules, yet again. In case the Incidence Number exceeds 200, the ‘leash rule’ will apply. Right now, it stands at 199.9.

Berlin, January 13th, 2021 (The Berlin Spectator) — Since the Coronavirus hit Germany 351 days ago, the city state of Berlin has changed its Corona rules many times. Now it updated the latest Infection Protection Act the Senate decided put in place a week ago. Health Senator Dilek Kalayci (photo at top of page) got her way.

These are the additional rules that will apply a day after Berlin’s official gazette announces them, which usually happens on Fridays. This means the following applies from Saturday:

In case Berlin’s Seven Day Incidence Number exceeds 200 again, the ‘leash rule applies’. This means residents may leave Berlin only within a radius of 15 kilometers (9.3 miles) around the city. The Incidence Number shows how many people per 100,000 inhabitants have been infected with Corona in the past seven days. So, once that number is above 200, which it could be at any moment, the Senate Administration which announce it officially. Only then will the ‘leash rule’ kick in and confine all Berliners to their city and a tiny part of Brandenburg.

There are exceptions to this rule. Commuters are exempt. So are individuals who have to travel farther because of emergencies or who work outside the 15 kilometer zone. People who care for persons with challenges outside the zone, may leave, parents who need to see their kids may go wherever they have to for doing so. The same applies to individuals who urgently need to look after animals.

Persons who arrive in Berlin from abroad and who visited a high risk area within ten days before their arrival need to get tested for Corona up to 48 hours before or immediately after they reach the city. They have to keep the official document as a digital file or on paper in German, English or French for ten days after their arrival, in order to make sure the health authorities can check it.

The Corona test has to comply with the requirements defined by the Robert Koch Institute. It does not matter what means of transport people choose to travel to Berlin. The rule applies to everyone.

Numbers on the Rise

Since Sunday, the rest of new Corona rules apply. For instance, Berliners may only leave their homes for valid reasons: Shopping for food, getting medication, going to the doctor, talking a walk, walking the dog, personal training or going to work qualify. Berlin’s rules are based on those announced by Chancellor Angela Merkel after her latest Corona conference on January 5th, 2021. Strict contact restrictions apply. People may gather with people from their own household and up to one person from another one. In Berlin, single parents may always bring along their own children.

For weeks, Berlin had been one of Germany’s main Corona hotspots. Then, just about a week ago, the Incidence Number decreased substantially. Now it is back at 199.9. In six of Berlin’s districts, it stands above 200 again.