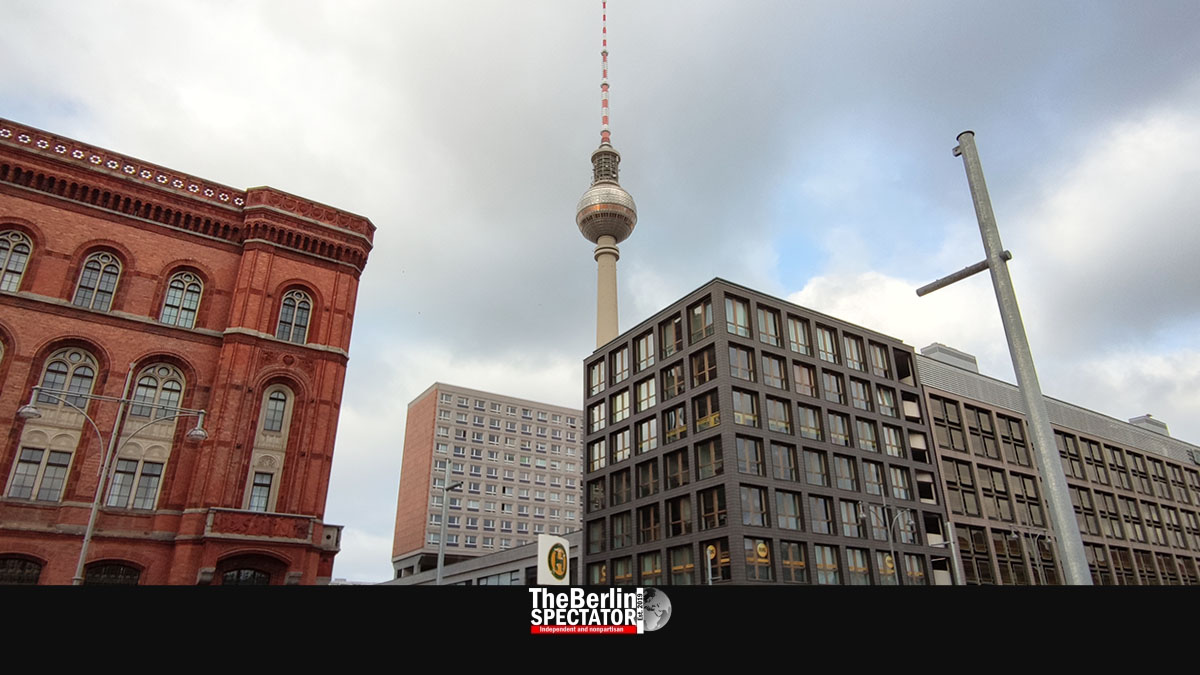 Even before Chancellor Scholz discussed the Corona situation with the federal states, one of them, Berlin, announced an easing of restrictions. The city state is dumping the ‘2G rule’ in shops and at other locations.

Berlin, February 16th, 2022 (The Berlin Spectator) — Governing Mayor Franziska Giffey and her Senate apparently wanted to act quickly, a day before the next ‘Corona conference’ would bring together Olaf Scholz and the heads of government in Germany’s sixteen federal states. Since, in her eyes, “the situation is absolutely manageable”, Giffey and her colleagues decided to ease several Corona restrictions.

Usually, Corona rules in Berlin change on Saturdays, because the city state’s official bulletin is printed on Fridays and everything has to be announced officially, in advance. But in this case, the Senate insisted on doing it even more quickly. The amended rules are supposed to kick in on Friday, February 18th, 2022, the day after tomorrow.

Everyone, including unvaccinated persons, will be allowed to enter any shop they want, since Berlin is removing the ‘2G rule’. The latter limited access to persons who are vaccinated against Corona or who recently recovered from COVID-19. But all customers will need to wear FFP2 standard masks. For the staff, simple medical masks are good enough.

The same applies at Berlin’s numerous museums and galleries, at both zoos, the aquarium at the western zoo and the Botanical Garden. FFP2 masks will have to be worn at the indoor locations mentioned, but not in the two zoos’ outdoor areas or at the Botanical Garden. Things will be a little different at libraries, reading rooms and archives. Here, the ‘3G rule’ will apply, meaning persons who enter will need a negative Corona test result if they are not vaccinated and if they did not recover from COVID-19 recently.

If easing Corona restrictions actually is good news in this situation, there is good news for Berlin’s tourists. On sightseeing tours by bus and by boat, the ‘2G rule’ will be replaced by the ‘3G rule’. Everyone needs to wear those FFP2 masks. The same rules apply in Berlin’s public transport.

After the Senate meeting, Franziska Giffey stated experts had taken part to advise the Senate. She said even virologists had not expected some of the developments to take place this quickly. For instance, the hospitalization numbers would probably reach their peak soon and decrease afterwards. For this reason, the opening steps the Senate was taking were justified. She did not explain why Berlin did not wait until the expected developments are confirmed or until after the ‘Corona conference’.

At today’s online meeting, Olaf Scholz and the First Ministers, including Mrs. Giffey, will discuss and likely approve a plan according to which “all pervasive protection measures” will be dropped by March 20th, 2022, in three steps.

Hamburg: When the Elbe River Came into People’s Bedrooms