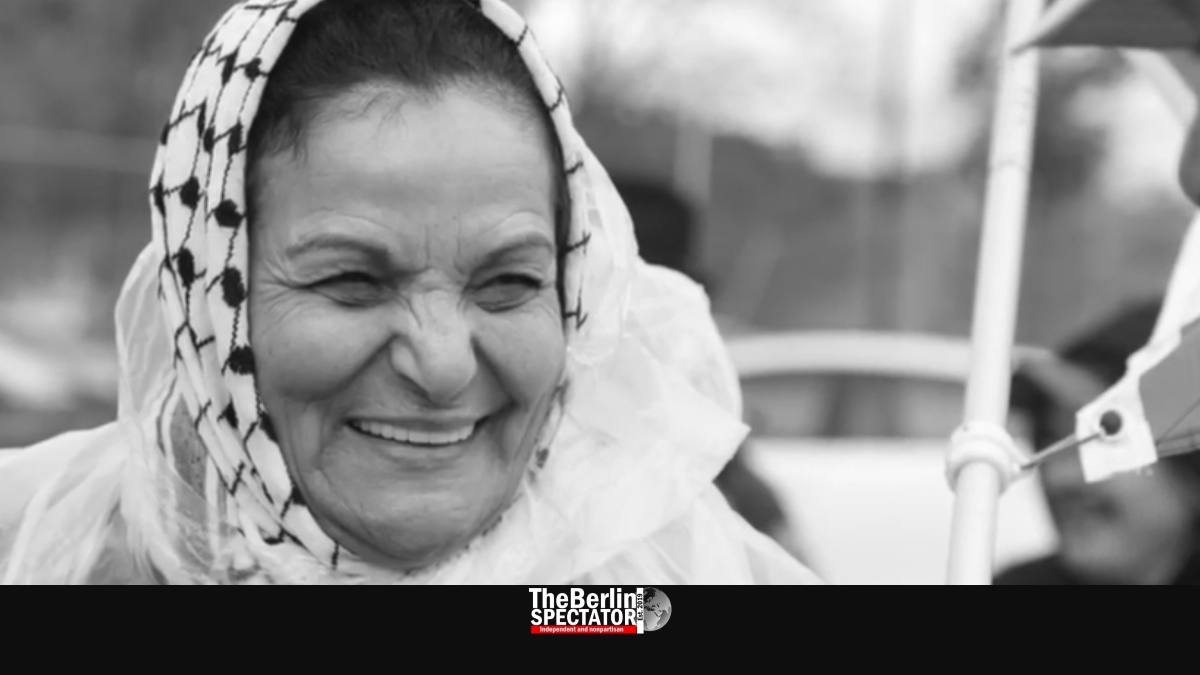 The convicted Palestinian terrorist Rasmea Odeh is scheduled to hold a speech in Berlin on Friday. She was invited by the BDS movement, which is considered antisemitic. Several German cities have banned it from organizing events on their turf.

Odeh will supposedly talk about “Palestinian women in the struggle for liberation” at the Alevist Dersim religious community in Berlin’s Kreuzberg borough. Dareen Tatour, a poet who was convicted of inciment and support of terrorist organizations, will join her. Both Odeh and Tatour were announced as “liberated female Palestinian inmates from occupied Palestine”.

In 1970, Odeh was convicted of participating in a bomb attack on a supermarket in Jerusalem and given a life sentence. Two Israeli students were murdered in the attack which took place in 1969. Nine people were injured. In 1980, Odeh was freed as part of a prisoner exchange.

The convicted terrorist was also part of an attack on a British consulate and is a member of the ‘People’s Front for the Liberation of Palestine’ (PFLP). Both the United States of America and Europe consider the PFLP a terrorist organization.

In 2017, Rasmea Odeh, who had even been part of the organizing committee of the Women’s March, along with other women known for antisemitic rhetoric, was deported from the United States to her native Jordan because she had lied in her application for a U.S. visa.

While applying, she failed to say that she was convicted for two terrorist attacks in which two Israelis were murdered. Exactly two years ago, on March 23rd, 2017, she was stripped of her U.S. citizenship and deported.

In Germany, Odeh’s invitation to speak in Berlin has triggered sharp criticism. For the Jewish Forum, Lala Süsskind said it was intolerable that a Palestinian terrorist was supposed to be celebrated in Berlin. “Events like this one show how the BDS movement and similar organizations sympathize with antisemitic terrorists”, she was quoted saying in German-language media.

“There has to be a way to prevent this flagrant glorification of an antisemitic murderess”, Lala Süsskind said.

On Twitter, Volker Beck, a prominent member of the German Greens, asked the Berlin Ministry of the Interior why Rasmea Oleh had not been blocked from entering the Schengen area through the so-called Schengen Information System (SiS). The Residence Act said that hate speech would lead to entry bans, Beck stressed. “Why is this law not being applied?”

He also blasted the organizers of the Berlin event. “When the BDS supports this event, this should not be called criticizing the Israeli government, but rather propagandistic support for anti-Israeli terrorism”, Beck stated.

Recently, a similar dispute developed in Amsterdam, when Oleh was invited to hold a speech there. The organizers of the terrorist’s Berlin speech this Friday reportedly said they would organize a “tour” with more speeches in Germany.

The BDS is a global movement which has been trying to delegitimize and boycott Israel and Israeli Jews for years. One of the most prominent members is the former Pink Floyd member Roger Waters. He and others keep on trying to make bands and artists cancel performances in Israel.

In Germany, the nationwide radio and TV network ARD recently cancelled a cooperation with Waters due to his BDS activities, after the activist Malca Goldstein-Wolf had demanded that step in a letter.

The BDS keeps on denying ties to terrorist organizations. But the event scheduled in Berlin proves the opposite.

Just days ago, five BDS members protested against the participation of Israel in the travel trade fair ITB. In front of Berlin’s fairground, they handed out leaflets with conspiracy theories about Israel to visitors of the event.