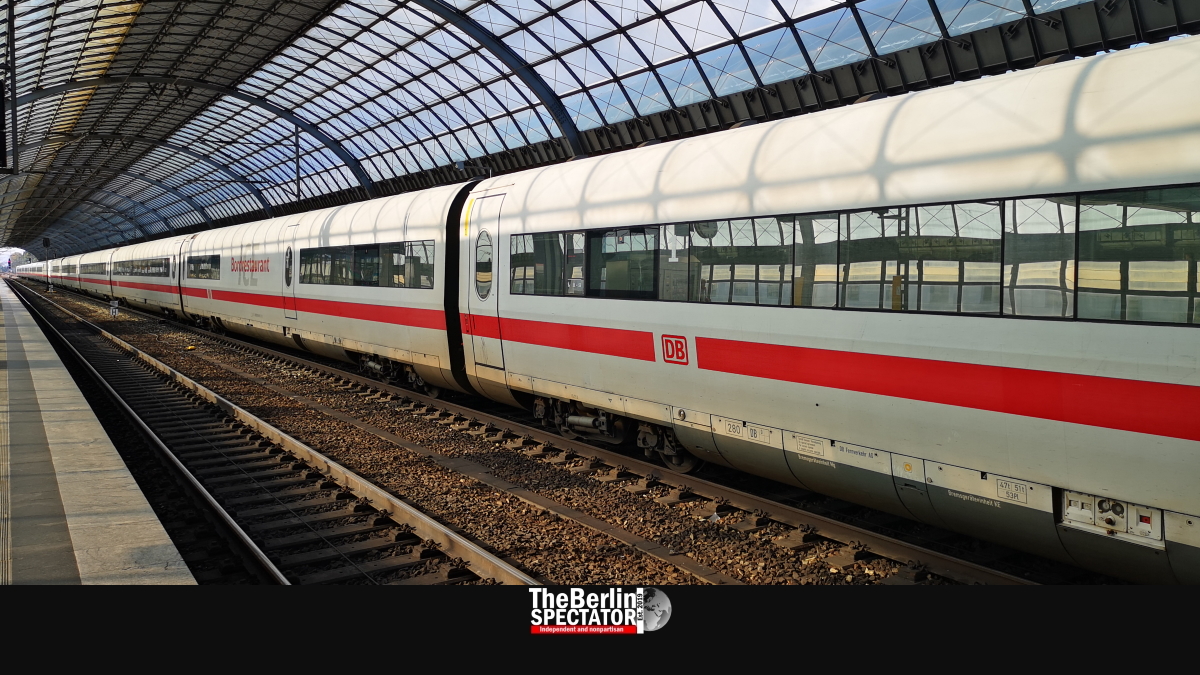 Deutsche Bahn, Germany’s largest long-distance railroad company, will increase its number of connections from Berlin to western Germany and vice versa. The changes will reflect in the new schedule which will be valid starting in December.

Soon, Deutsche Bahn (DB) will be offering hourly fast train connections to Munich and Frankfurt am Main. Those will be covered by DB’s ICE Sprinters, which are lightning fast. They race the country like crazy, with up to 300 km/h (186 mph).

ICE Sprinters stop in the central stations of large cities only. This aspect and their speed leads to short travel times. The Berlin – Munich route leads through Erfurt, and the one to Frankfurt via Braunschweig. No driver can win this race in any car, not even in a Lamborghini Sian.

On the route Berlin – Erfurt – Frankfurt, additional ICE Sprinters will be in service. The same applies to to the route from Berlin to Cologne via Hanover. On some of the routes mentioned, Deutsche Bahn already has hourly connections, but not all day long, meaning there are longer breaks in between. (Note: Article continues below ‘Related Post’ teasers.)

In two years from now, DB intends to come up with the next giant leap for mankind. The frequency of ICE connections between the two largest cities in Germany, namely Berlin and Hamburg, will be 30 minutes. Deutsche Bahn covers the distance of 280 kilometers (174 miles) in 1:44 hours at this stage, which is actually not that fast, in comparison.

There is even more: DB will also increase the number of InterCity trains in eastern Germany. The company intends to connect Dresden to Berlin and Rostock. InterCity trains are not quite as fast as ICEs, but faster than regional trains.

The new connection which is supposed to commence in mid-December, has a positive secondary effect on small towns in eastern Germany, including Oranienburg, Elsterwerda and Neustrelitz. So far, they do not have any long-distance connections, but soon they will.

You guessed right: There are even more good news. Early next year, DB will extend its cooperation with the main Czech and Austrian railway companies. As a result, travelers will have splendid new connections from Berlin to Prague and Vienna and from Berlin to Warsaw.

Germany: Next Golf to be Unveiled in Golf Country