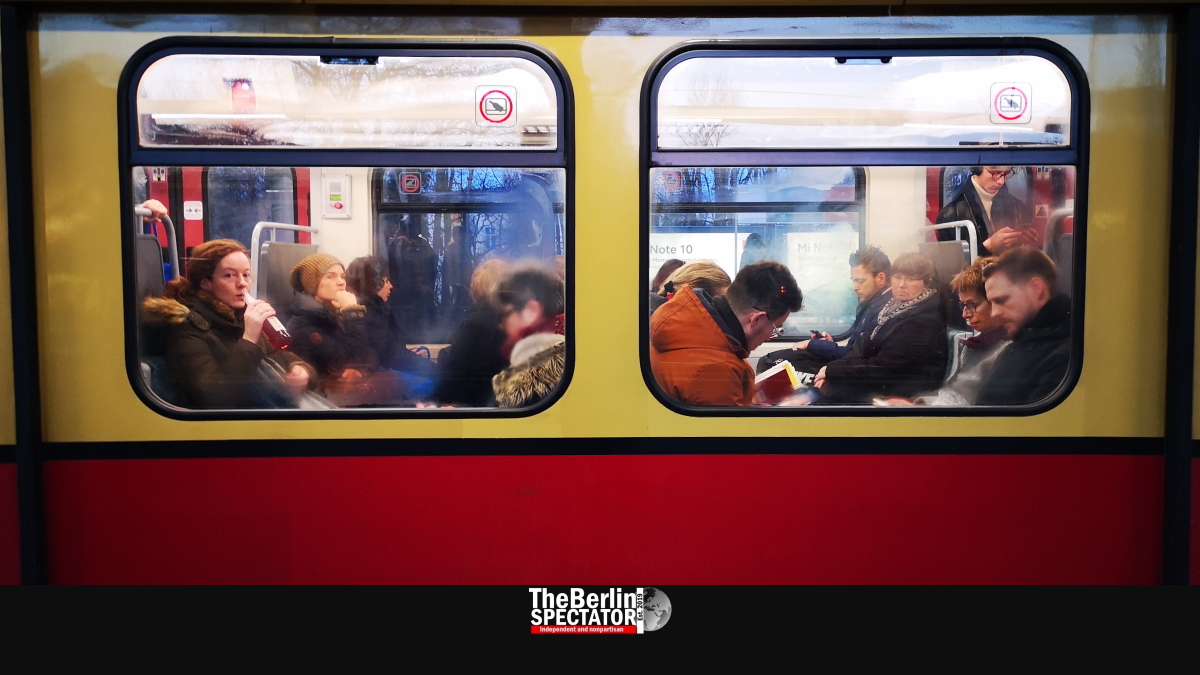 Berlin would not be Berlin if absolutely nothing was going on. At the same time, the German capital is usually a lot calmer around Christmas. This year is no exception.

Berlin offers it all, including a cultural overkill. Usually, there are more concerts every day than anyone can visit in a lifetime. Exhibitions in a million museums and galleries, ballet, opera, theater, comedy and readings are being offered in Berlin all the time. Christmas is the only time during which things slow down.

It is like Berlin is on Valium. Where are those annoying traffic jams in and around the capital? Well, there are some, but the usual chaos is gone. The hundreds of thousands of tourists who invade Berlin every month do not usually come here for Christmas. What all of this means is that Berlin is not really Berlin these days.

Berliners by choice, meaning residents who were born elsewhere in Germany or abroad, tend to go to see their families during the Christmas holidays, in Aachen, Almaty, Atlanta, Asunción, Aberdeen, Amiens, Amsterdam or elsewhere. Berliners by birth, those who can afford it, take nice little vacations at more sunny places, or they break their legs on skiing slopes.

But those who stay will not have to be inactive if they do not want to. There are a few things to do, apart from just walking around in the city at 6 degrees Centigrade (43 degrees Fahrenheit). For instance, they can hit Berlin’s public swimming pools. As many as twelve of them will open on Christmas Eve, and some on the two Christmas Days (check this German site for opening hours).

Christmas with Apes and Pandas

There are two places in Berlin that will be more crowded around Christmas than they usually are in winter, namely the zoos. Zoo Berlin (read separate article Zoo Berlin: Where Lions and Tigers are Not Being Fed) and ‘Tierpark’, East Berlin’s former zoo, are popular destinations these days, also because the weather is relatively dry.

At Zoo Berlin, two expatriates seem to be having a good time. They are the two cute panda babies Meng Xiang and Meng Yuan. With the new toy they got for Christmas, a big ball filled with juicy bamboo, they will be quite busy, just like the seals, apes and everyone else.

For the holidays, the two panda boys will still be kept in quietude, but in January the ‘Panda Babies with Flight Tickets to Beijing’ are supposed to be introduced to zoo visitors. The bottom line is that the two Berlin zoos will be open every day. On Christmas Eve, they will close at 2:00 p.m. though.

Giant Menorah at the Gate

Brandenburg Gate, Berlin’s most famous landmark, will be in the center of the attention yet again on Sunday, December 22nd, for two reasons. First of all, the giant menorah will be lit there again, on the first day of Hanukkah. Governing Mayor Michael Müller will be part of the ceremony. Secondly, the Gate itself was opened 30 years ago tomorrow, a few weeks after the fall of the Berlin Wall.

A giant New Year’s party is scheduled to take place between Brandenburg Gate and the Victory Column. For that reason, ‘Pariser Platz’ square and other areas around the Gate will be closed to traffic starting shortly after Christmas.

Many of Berlin’s Christmas markets will be closing on December 26th, meaning this is the last opportunity to get drunk there by consuming truckloads of hot wine punch. On Christmas Eve, most of those markets close early. A few markets, including one of the nicest ones, located close to Red City Hall, will remain open until January 6th, 2020.

Christmas Night for the Homeless

The days leading up to this pre-Christmas weekend were rather hectic in Berlin. While the Bundestag felt the inner urge to squeeze its last sessions of this year into this week, the victims of the 2016 Islamist terror attack at the Christmas market at ‘Breitscheidplatz’ were commemorated.

Now that Berlin will be more quiet for a few days, it might actually be possible to find parking spots in residential areas without having to circle the block for half the night. Sure, the ‘S-Bahn’ trains will probably keep on breaking down, but it won’t matter so much, since most people are on holiday.

But there are many exceptions, especially in Berlin. Governing Mayor Müller just thanked police, firefighters and the personnel in clinics and homes for the elderly. He also thanked one man in particular: The German singer and comedian Frank Zander organized a Christmas event for 3000 homeless people the other day, at the elegant Estrel hotel. It was all paid for by Zander and his friends.