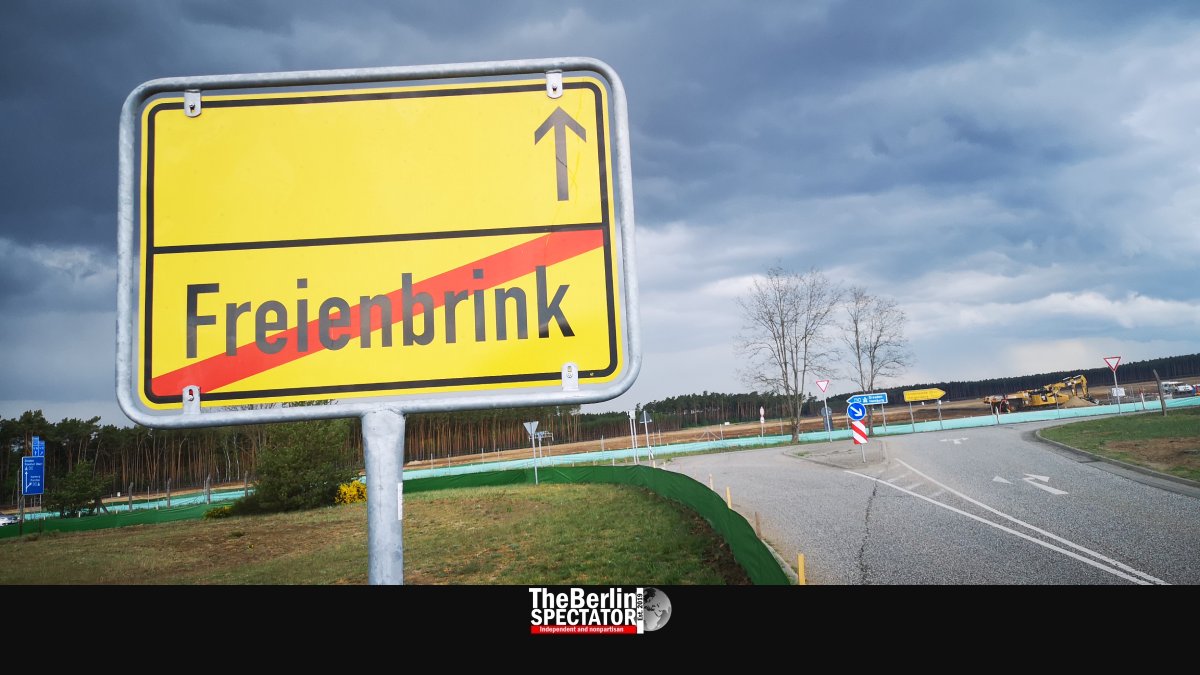 In Berlin and Brandenburg, Tesla is in the center of the attention. The Californian company is dominating the news and has even become the pride of the region.

There is no escaping it. An American car manufacturer is coming to the region. This aspect alone is a sensation. So far, no major auto industry player produces cars in Berlin or Brandenburg. The German “big five” are headquartered in western and south-western Germany.

Secondly, those Americans will not build bathtubs on wheels with fuel-sucking combustion engines, but elegant electric vehicles with a high level of sophistication. Tesla is about to gentrify the region. The company stands for emission-free transportation, for high tech of the kind the “big five” wish they had used ten years ago.

Furthermore, Tesla is being run by the entrepreneur Elon Musk, who has become a star, almost like the late Steve Jobs. Many Germans, including Berliners and Brandenburgers, admire him for his personality, his successes in space and on the road, and for doing what others should have done even before Tesla was founded.

Germany does not have any industry superstars like Musk. Not only editors for tabloids or in the entertainment departments of magazines are eager to have Elon Musk in Berlin again, and to get the opportunity to write about him every time he lands at the region’s new BER Airport, located 30.8 kilometers (19 miles) from Freienbrink industrial park, where Tesla’s ‘Gigafactory’ will supposedly be up and running in a year from now.

For all of these reasons, and because the ‘Gigafactory’ is the largest new industrial project to be implemented here in a long time, Tesla is the new pride of the Berlin Brandenburg region. The latter now is the new Munich, the new Untertürkheim, the new Wolfsburg, Rüsselsheim or Ingolstadt.

Even before one single ‘Berlin Model Y’, the “one to watch”, has been manufactured in Freienbrink, the local news are full of Tesla: According to the ‘Morgenpost’ daily, two high-ranking Berlin politicians are about to replace their official vehicles with Teslas, namely Traffic Senator Regine Günther, who has been waiting for her Model 3 since March, and City Development Senator Kathrin Lompscher, who just picked the same model as a replacement for her fuel-consuming 5-series BMW.

The RBB radio and TV network reported, the Water Federation responsible for the industrial park had stopped the preparation for the Tesla factory’s water supply, because a signature was missing. While this issue will likely be resolved within days, there is a bigger problem as well: Because Tesla will make far more people move to Grünheide county in Brandenburg, the amount of ground water the Water Federation is allowed to pump may not suffice anymore in two years from now, according to the RBB report.

Brandburg’s government has a Tesla Task Force. Of course they will resolve the water problem, and Tesla will sign those documents. But new issues will pop up all the time, especially while the final construction permit for the ‘Gigafactory’ has not been issued. At this moment, Tesla is working on the premises in Freienbrink at its own risk.

But there is more good news too. Until today, there is not a single Tesla ‘Supercharger’ in Berlin. The next one is located on some pasture in Brandenburg, next to grazing cows. As the ‘Morgenpost’ just reported, that is about to change: Tesla is preparing to install a charger for 10 vehicles at the Euref-Campus in the German capital’s Schöneberg district, and more at other locations. This seems like a good idea.

It gets better: Tesla is looking for premises for a design and development center in Berlin.

Related feature article: Made in Germany: The Top 10 Most Remarkable Cars