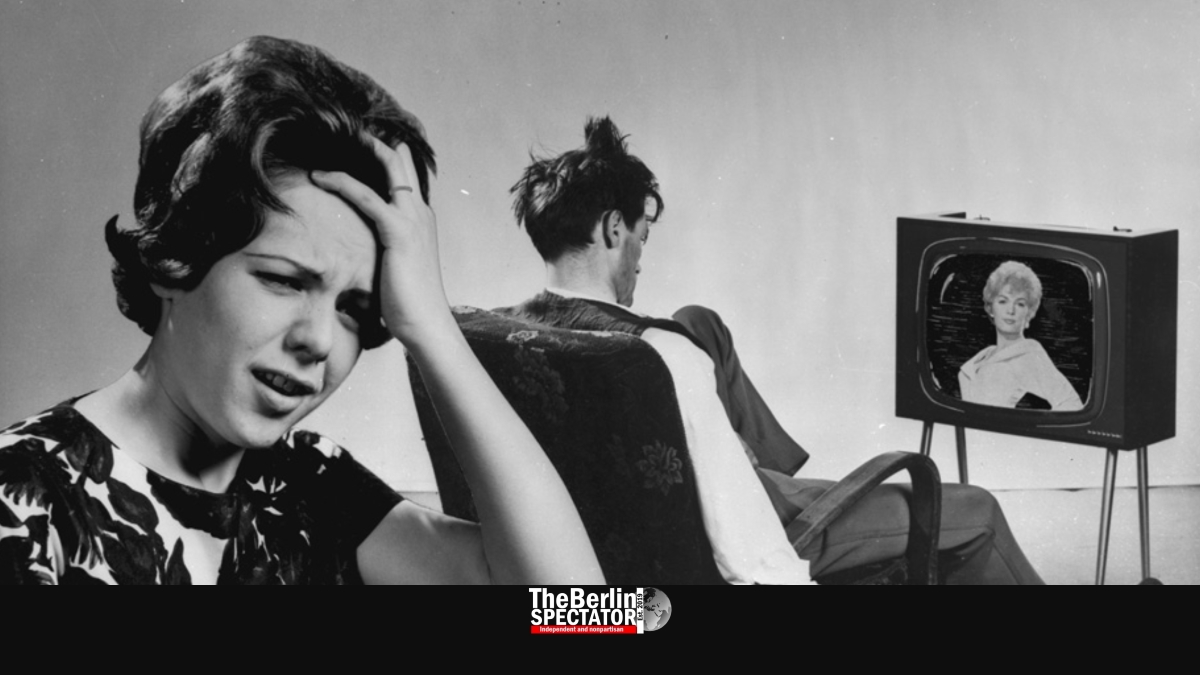 Dear fellow men, ahead of International Women’s Day, there is an important question: How emancipated are we? I would say there is room for improvement. In other words: We suck big time.

Berlin, March 6th, 2019. Update: March 7th, 2022 (The Berlin Spectator) — International Women’s Day is coming up and we, the world’s men, are not prepared. In some ways we will never be emancipated, because we do not give birth and mom is far more important during the first year of a baby’s life. See? We keep on looking for excuses.

Let’s escape into politics: Some parties in Germany, especially the ones on the left side of the aisle, look sort of emancipated. The Greens and the Social Democrats (SPD), both of which are part of the new government coalition, have dual leaderships, meaning they are being run by a woman and a man each, while the far-left ‘Die Linke’ is even being run by two women.

Especially the SPD does not have to hide in this regard. Gender equality is its middle name. On the other hand, how about a female head of government? Angela Merkel, a member of the conservative CDU, was Chancellor for 16 years. If this does not qualify, what does? Merkel’s attempt to make sure she would have a female successor failed though.

One thing is certain: When it comes to gender equality, the Berlin Bundestag is a sorry sight. Only about one third of all MPs are women (256 of 776 members or 34.8 percent). “Well, more women should become candidates then”, one could say. Sure. But what if many of them do not have the opportunity because we, the men, are not emancipated enough to give it to them?

Related Columns (This piece continues below.)

By the way: Are women less aggressive than we are, for instance as heads of government? Probably, but not all of them. Margaret Thatcher is an interesting example because she had to be emancipated to get there, in a party which was not exactly known for being emancipated. She prevailed in a world of men and she got there in more difficult times than these, in this regard. Besides, she did fight the Falklands war, didn’t she?

All in all, men have done such terrible things in history, women can only be better. That is because there simply is no worse, when you look at Hitler, Stalin or Pol Pot, but also because women definitely tend to be more just and seem to have a lot more empathy. Don’t worry, fellow men, many of us are good too. But not like them.

Backing up into parking spaces may be our strength, guys, because they gave us little cars and wooden blocks to play with early on, meaning we know how to park trucks even before we learn how to chew on little pieces of bread. But how important is parking trucks in reverse compared to all the things women do better?

Taking Out the Trash

Let’s try to improve, guys. Little by little. Let women rule. Let’s vote for them and support their struggle for equal pay. The latter aspect is among those that still need to be tackled in the emancipation process in Germany and similar countries. Also the share of women on the executive floors of companies is only 25 percent.

Let’s ask ourselves how we can improve. We should check our progress on a regular basis. Oh sure, I’m so emancipated because I wrote an article about International Women’s Day, Germany’s tampon tax, which was finally thrown overboard in 2019, and similar subjects. And I take out the trash once in a while. Again, there is room for improvement. A lot, apparently.

By the way: Once we return from the International Women’s Day rally, could you iron my shirt? Happy Women’s Day.

Germany: A Weekend that was All About Ukraine