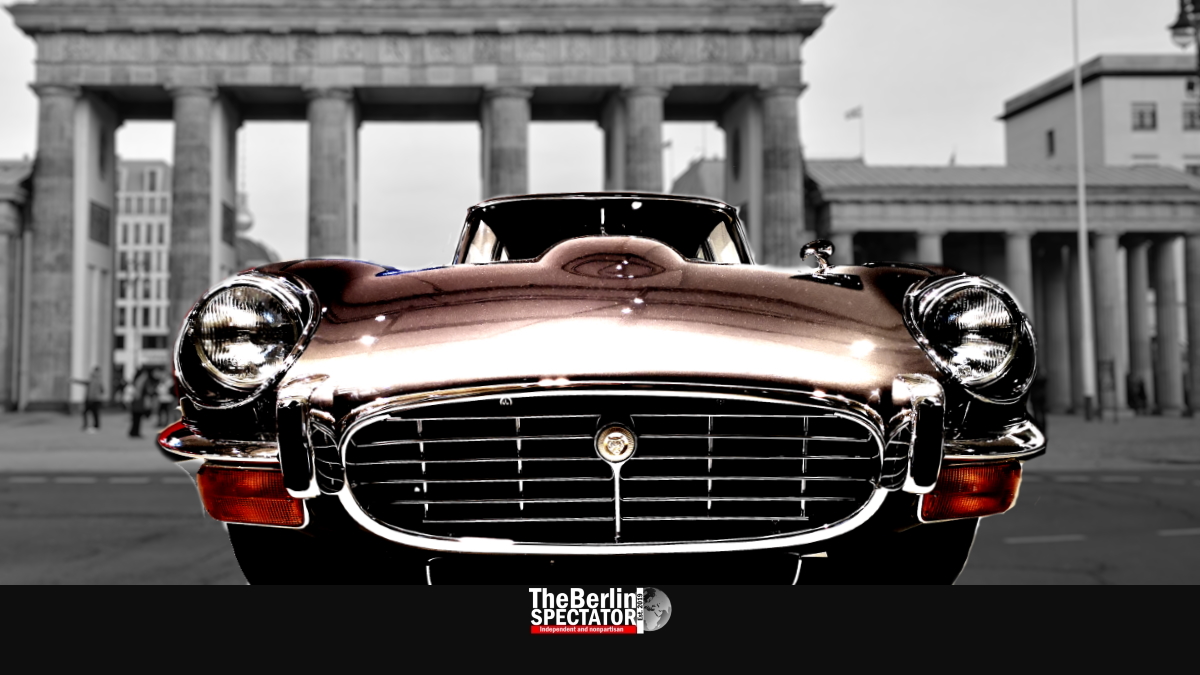 This week, the Senate listed all cars registered in Berlin by brand. While most Berliners drive conventional vehicles made in Germany, the number of exotic ones is quite high. Holy cow!

Driving to ‘Aldi’ in order to get two tomatoes and a bottle of sparkling water is always a good idea. But it gets a lot more exiting when the car used for that vital errand is an Aston Martin. As many as 191 of them are registered in Berlin right now. Those British-made sports vehicles have the right power reserves, sound and comfort.

Showing off a 2010 Hyundai Accent with a broken wheel bearing and countless cosmetic issues at a red traffic light is great. But we have to admit that the owners of the 353 Bentleys registered in the German capital put on a much better show. Let’s not even mention the four Bugattis in this city. Are the Veyrons?

The list the Berlin Senate provided is an answer to an official inquiry handed in by Marcel Luthe, a member of the Berlin House of Representatives and the liberal party FDP. It only contains manufacturers. Models are not specified.

One thing is certain: The list of registered cars in the capital does prove that Berliners do have some taste after all. This applies to the owners of the 44 Cadillacs registered in this city. Let’s hope there are Sevilles, DeVilles, Eldorados and other classic ones among those. As many as 32 Buicks are registered in Berlin and one Checker. The latter vehicles were used as cabs in the United States of America in the 1970s and 80s.

So, you want to impress your date? Show how witty, funny and considerate you are. But if you intend to be in the center of the attention on the streets of Berlin, let’s hope you are not driving a Dacia, but rather a Jaguar E-Type (see main photo). There are 1,573 Jags in Berlin. Most likely, only a few of them are E-Types.

As Flat as a Stamp

Those 388 Maseratis in Berlin, or the 103 Lamborghinis, are impressive, depending on the models. There might even be some Miuras and Countachs. But the eight Jensens lucky Berliners drive will cause even more envy. Also they might be easier to identify in case of a problem.

“To the owner of the Jensen Interceptor: You are kindly asked to come to the parking lot. A crane just fell on your vehicle. It is about as flat as a stamp.” This is the kind of announcement the 72 Lotus owners in Berlin do not want to hear either.

There are cars nobody should damage, e.g. while squeezing their chaep, rusty vehicle into a parking spot on front of them. This applies to the 32 McLarens registered in Berlin. Or the one Melkus. The latter used to be the only sports car brand the communist GDR had. Those vehicles sounded weird and stank like hell because of their two-cycle engines. But they are rarities today.

Berlin accommodates one Monteverdi driver. This used to be a Swiss brand that offered one of the first SUVs ever, namely the Monteverdi Safari, and an elegant convertible called Monteverdi Palm Beach. There are 177 Rolls Royces and three DeTomasos in Berlin too.

No, you won’t perform the most impressive racing start once the light turns green in your 2003 Volvo V70, but you will if you are among the owners of the 905 Teslas in Berlin. Chances are their number will increase substantially once the Tesla ‘Gigafactory’ in neighboring Brandenburg is ready to rumble next year.

The bad news is that most of the 1.2 million cars in Berlin are rather boring, in comparison. There are 206,284 Volkswagens, 164,807 Mercedes and 87,319 BMWs. Most of those lowered 3-series BMWs with loud exhaust pipes can be seen on Karl Marx Strasse in Berlin’s Neukölln district.

Berlin has 61,944 Audis, 89,216 Opels, 65,324 Skodas and 8,393 Porsches. Hey, the most brilliant example for German high-tech engineering is represented in the German capital as well, by a total of 918 Trabants. The only reason they have not fallen apart yet is the fact that they have cardboard bodies.